I admit, as a passenger on a sportfishing boat, I never give much thought to the engines. If they start up and get us to the fishing grounds and back, I’m happy. But, there are a lot of factors that go into creating top-performing, reliable engines—and it starts with who builds them.

Before we left the dock, Albert Alcalá, Sales Manager of US Marine Products for Scania, explained the company’s background. Scania started in Sweden in 1891 and now operates in more than 100 countries. They have been providing transport solutions for trucks, buses, and commercial/passenger marine vessels for years, as well as providing engines for various industrial uses. Scania partnered with Mack Boring & Parts Co., who’ve been commissioning their recreational engines here in the United States.

The MACK 900 made its tournament debut in the Beach Haven, New Jersey White Marlin Invitational, followed by the MidAtlantic Tournament in Cape May, New Jersey in August. It will also be on display at the Atlantic City In-Water Boat Show in September and the Fort Lauderdale International Boat Show in October.

As we maneuvered out of the marina and into open water, I was expecting a bit of a rough ride based on the marine forecast. However, the 46’ Billfish, pushed by those powerful Scania engines, cut through the water for a beautiful, smooth ride.

After spending some time up on the bridge, I decided to go down into the command deck area. Albert was there, and we marveled at how quiet the engines were, as we were able to carry on a conversation at a normal volume.

Albert’s passion for these engines was apparent. I asked him what makes him most proud about them, and he answered, “The fuel injection system.” Scania uses a proprietary Engine Management System (EMS) and common rail extra high-pressure injection system (XPI). This optimizes fuel delivery, thereby enabling extra torque, exceptional fuel efficiency and a quieter operation. He also explained that Scania engines are built on a compacted graphite iron (CGI) engine block and employ a simple wastegate turbocharger. This allows the twin Scania DI13-liter in-line 6-cylinder engines to deliver superior performance without the need for any additional superchargers or turbos that would add weight. All these things contribute to the reliability and performance of the engine.

“I like to call it a Swedish Army Knife instead of a Swiss Army Knife, since we are a Swedish company. This engine is a beast!” said Alcalá. 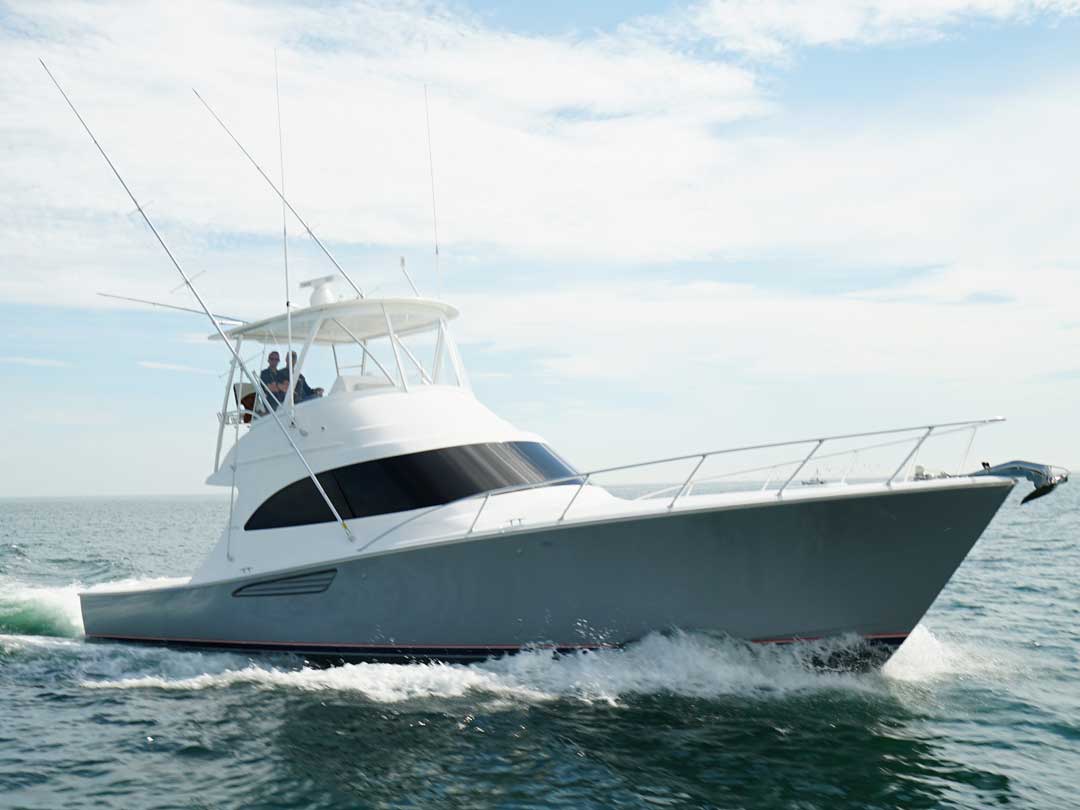 The Scania engines were impressive, but I was also wowed by the Viking 46’ Billfish. She has many specific features that make her the perfect fishing boat. I liked that the command deck can be completely enclosed and is climate-controlled, creating a perfect area for anglers to get off their feet and either cool down or warm up as the boat travels to the next fishing spot. Also, many of the boat’s standard features would make any angler happy. These include a cockpit bait freezer with upper tray, in-deck insulated fish boxes at port and starboard with overboard drainage, a walk-through transom door and lift gate, a transom fish box and live well, rod holders, tackle storage and fresh and sea water wash downs. As Chris Landry of Viking Yacht Company pointed out in a recent press release, “…she’s a ready-to-go fishing machine equipped for inshore and offshore missions as well as a versatile cruising boat…”

For more information on Scania pleasure craft engines or to locate a dealer near you, visit scaniausa.com/pleasurecraft

For more information on the Viking 46BF, visit vikingyachts.com

The post Scania Debuts 900 HP Engines for Sportfishing Boats appeared first on On The Water.

Stay safe this September with this PSA from OTW about recognizing the signs of Albie ...